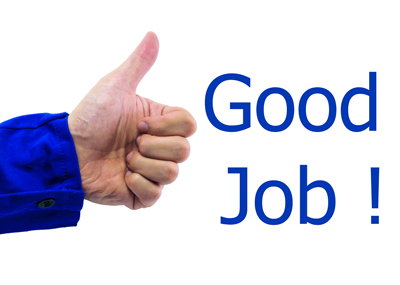 As a young banker posted to Saudi Arabia earlier in my career, I was involved in large, complicated financial transactions with Saudi business leaders. At the time, my Arabic language skills were good, and I was part of a business development team that competed for large deals with Saudi clients.

I arranged most of the client meetings, performed research, prepared proposals, and briefed my bosses and investment banking colleagues before meeting with our clients. For most meetings, I had only a modest speaking part, as I was there to back up my managers. This was also only my second job, and I was eager to prove myself to the company and my colleagues, including those above me.

As usual, I was setting up a meeting with a large, local firm. We would present to the company’s CFO. I also knew that my manager, an investment banker colleague, and the CEO of the bank, Bob, would talk 90 percent of the time during the meeting. The briefing package to them included thorough research, analysis of the issues, and staging questions I suggested we ask the would-be customer.

The meeting did not get off to a good start, but since I knew the material very well, I stepped in to help and led the discussion actively. With this role reversal, I did most of the talking on our side of the table, with my bosses supporting me.

We got the lucrative deal—a win-win for both the customer and us. Everybody seemed happy.

What happened next left an enduring lesson for me—still some 30 years later.

Early the next morning, I found a handwritten note from Bob, the CEO, laid neatly next to my desk calendar. It said:

“Way to go!  I didn’t know you were such a great presenter!”

Bob signed the note and added a silly “smiley face” sticker to it. I still have the note, tucked in with other meaningful correspondence I’ve collected over the years. The handwritten compliment from my boss swelled my confidence and motivated me to do more …to keep improving, to make a difference using what I was learning to be a personal strength.

The Right Way to Give Positive Feedback

Giving positive feedback to employees has never gone out of style. Millennials constantly look for feedback. They want to be relevant, and they want to add value. After all, have you ever known anyone who does a worse job after he or she gets a specific commendation for something he or she has done well?

By the way, if you’ve given consistent, positive feedback in the past, then you create a well of goodwill from which to draw when things are difficult, and you need to have harder conversations. Your employees will know you’re aware of all the good things they do, which will make them more open to constructive criticism down the road.

It’s also an unfortunate fact that many leaders—particularly those in large companies—think that it’s their job to fix everything that’s “broken” with an employee, instead of encouraging them to refine their strengths.  Focus on the positive and you’ll get more of it!

Bring out the best in employees by catching them in the act of doing something great. And when you do, take these four steps:

Remember, if you want top performing employees, there’s no patented algorithm. Recognize when they are great … and then tell them.

Want to create a company that out performs your competitors?