Are You a Leader Who Eats Wormy Apples? 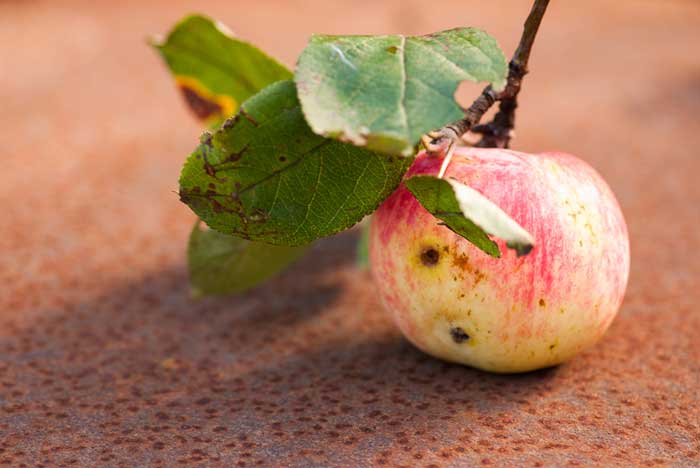 Have you ever picked apples at an apple orchard? Trees burgeoning with plump, perfectly shaped apples, ripe for the picking. Growing up in California, we had such a prolific tree in the backyard of our house. During August and early September Mom would send me out to pick the apples and gather up the strays lying on the ground. I’d haul them into the house with a bushel basket and Mom would turn most of them into applesauce. The very best specimens were sliced up, covered with dough and baked into Mom’s excellent apple pie.

Most of the apples, hanging enticingly from the branches, looked perfect. Or at least until you grabbed one and studied it more carefully. You know, one side of the apple looked great, but when you turned it over you’d find a wormhole or a deep bruise. Damaged goods.

But how many times have you taken a bite before performing your due diligence—checking it out from every angle?

Leader Tip: Be Open and Honest

But that is no way to build trust and honesty within a company, and it’s scary! As a CEO or leader, you want your employees to be open and honest with you. You want to see all sides of an issue. You truly want to uncover the truth insofar as humanly possible. You must always accept the bad with the good. If your company’s new compensation program is that apple, you want to examine all sides before you “bite” into it. And if there are problems with the program, you want your HR director and any other relevant team member pointing out its “worms” before you take a bite.

One of the expectations of people working at EOS® companies is that there be open and honest communication. In fact, we exhort people to “just say it,” as a call to discuss all sides of a situation so you can solve it together. If you avoid talking about it, for whatever reason, then you won’t solve it.

Japanese car manufacturers such as Honda and Toyota and their luxury brands Acura and Lexus pioneered the concept of open and honest communication throughout all levels of their organizations in the 80s and 90s. It was this unbridled feedback from workers on the factory floor, with the power to stop an assembly line to fix a problem, which led to these companies becoming some of the best vehicle brands in the world.

Before you take a bite out of your next apple, turn it around. Look at it from every angle. Let the apple gatherers tell you what they see. Please, don’t be the emperor without any clothes (excuse the mixed metaphor). Make sure you’ve heard the opinions, ideas, and warnings from all sides. And that only happens through honest and open communication and the courage to listen.

I call this act IDS—an abbreviation for Identify, Discuss, and Solve. Dig deep to make sure you have identified the real root of an issue. Then discuss it thoroughly, getting all the ideas on the table. Once. Because more than once is playing politics. And then solve the problem so that it goes away forever. Look at the issues from all angles. Just say it. Don’t hold back anything. 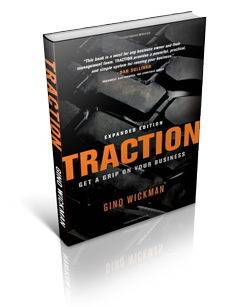 Want to learn how to be a better leader and create a better business? Download and read chapter one of Gino Wickman’s pioneering business book, Traction—Get a Grip on Your Business.